We are very proud to annouce that Greenshot 1.0 is finally available for download now. It has been two years since the last official release and we have not been lazy in the meantime. There have been a lot of bugfixes and performance improvements, but there are also loads of handy new screenshot features coming with Greenshot 1.0, to name just a few of them: 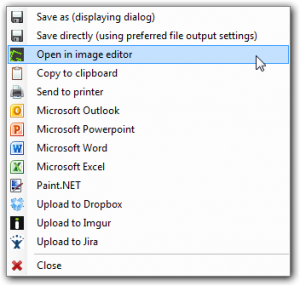 But that's just a small part of a really huge list of changes. Have a look at the change log at the end of this post.

For those of you that are already using Windows 8: we are able to test with it and have been testing the current relase against Windows 8. Currently Greenshot works, as far as we noticed, as designed when using the normal desktop and can capture the Metro "view" with the region or screen capture. It's not (yet) possible to select Metro applications via the context menu or use the interactive windows capture. 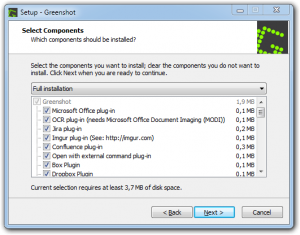 Greenshot started off as a very simple tool more than five years ago and has been in beta stadium since then. Over these years, more than 2.000.000 downloads have been recorded from Sourceforge's download servers alone, not even taking into account the numerous software portals that are redistributing different versions of Greenshot (*), recently that's more than 20.000 downloads every week.
Today Greenshot is a feature-rich (yet simple to use) screenshot tool and the current version is not only the best-featured Greenshot release ever, but also the most stable one. Time to get rid of the odd "beta" label With the help of many friendly users we have ironed out a lot of bugs of the previous versions, added a lot of cool new features, improved old features; and not to forget: we are able to offer Greenshot in 32 languages at the time of this writing. Thanks to the supporters all around the world who helped us to make Greenshot what it is today.

Now go ahead and download Greenshot 1.0 and have fun with the new features. We hope that you like the new version as much as we do

*) By the way: we strongly recommend to always download Greenshot from our official website http://getgreenshot.org/ - there have been reports about some (even popular) software portals offering wrapped installers of open source projects, bundling adware or even malware with the original installer. Also the installers for download are often outdated or "nightly builds" which might be buggy and are not intended to be used by a wide audience.